That my friends, is a true statement. I have told very few people this until now, but I was actually kicked out of my graduate Physical Therapy program in the last possible semester, after 6 1/2 years of work and $230,000 of financial investment into my doctoral degree. This left me with a whole lot of debt, no degree, and quite a pit in my stomach every day. I was kicked out because I failed my acute care hospital rotation, the 2nd of my 3 rotations before graduation. At the time of starting my acute care rotation, I had just finished my sports medicine rotation and did very well. Unfortunately, I brought a huge ego with me to my acute care rotation. I lacked both self-awareness and self-reflection to pick up on my insane amount of arrogance.

At the time of it happening, actually being told I was no longer in the program was the most devastating moment I had ever had in life. It absolutely crushed me. I had dedicated almost 7 years of my life to this, and it was my identity. Completing my degree was the only thing I wanted. Being kicked out was the biggest failure I had ever encountered. It spiraled me into quite a multi-month depression and unhealthy habits for self-medicating, to the point of needing to take anti-anxiety medicine and seeking professional help. By far the darkest few months of my life.

After the dust settled, I wrote a letter of appeal/apology, faced quite the panel of Deans, Professors, and student representatives to plead my readmittance case, and was let back into the program. I was placed on probation to finish my 3rd clinical with weekly check-ins, which was Home Care. That went just fine and I passed.

The real salt in the wound was at the end of the semester. Everyone in my class walked in graduation, got hooded with their Doctoral completion, and then had a massive party with the professors and their families to celebrate. I, however, did not get to attend any of this. Instead, on the day of their final ceremonies, I started another 12 – week replacement clinical over the summer to make up for the clinical I failed. The hardest weeks of my life came when each of my friends flooded social media with happy pictures from graduation, posts about passing their boards, and relief they had solidified a job.  I continued to grind away in 15 hour days as a student working for free, while my boards would be taken late and no job was even close to in sight. Not to be too graphic, but for 6 months I felt like life was repeatedly punching me in the face.

Eventually, after finishing my repeat clinical and tidying up the paperwork, I got my degree in the mail and officially graduated. Life rolled on, I took and passed my boards, found a job, and so on. Im not telling this story to throw a pity party, because here’s the thing,

After 5 years of reflection, self-awareness, and growth, I realized this “failure” was one of the best things that had ever happened to me.

I couldn’t see it when it was happening, due to everything being very raw and me being blinded by my emotions. However, it was during this 6 month period I learned how to be absolutely relentless. I discovered the importance of self-reflection, humility, and gratitude.  I realized the need to look directly at what terrifies you, from an emotional discomfort point of view and a deepest fears point of view. Most importantly, I learned that resilience in response to failure is a skill forged from actively working on your daily mindset and habits.

Without my academic and personal rock bottom, I would have never truly asked myself, “Are you happy with who you are as a human”. It made me who I am today. There is no question that the self-reflection, growth, and habits I built from that rough period are a huge part of my last five years of progress. It built the foundation for me to start an educational company, career, and field of work in Sports Physical Therapy. In a funny plot twist, I’ve actually been asked by the program I got kicked out of to teach Sports PT classes to the current doctoral students over the last three years.

Developing resilience following a personal failure is not something that magically shows up from reading motivational books, blaming others for the problems, or faking your happiness. You can’t just wake up every day hoping you feel better, or that things magically get better. It comes from actively working through the discomfort and taking daily actions. It starts with self and social support, and then you must purposefully creating a mindset, environment, and daily habits that combat negative influences, which inch you back on the right track.

Now, I would not wish my 6 month fall from egotistical grace on any person. I do not want people to voluntarily get kicked out of PT school, or martyr themselves to not suceed at something. I don’t want people to endure suffering at any level just because of the eventual ability to grow. What I want to offer readers is this:

If you wish to be successful in any aspect of life, you will inevitably fail at something. It’s going to hurt, and you will have to struggle. How you react to the failure, handle the emotional pain, and respond to the situation, will dictate the outcome.

You can let it bury you by choosing to avoid looking at your biggest fears, sources of pain, and areas for improvement. Or, you can become relentless by reflecting on the “failure”. Reverse engineer your biggest fears or pain generators, and gain insight into how it’s really an opportunity to improve yourself.

The advice that I give people dealing with failures or struggles like I had involves three general stages,

How to Fail Like a Professional, and Become a Monster Because of It

These days, I still regularly face rough up and down periods. Now when I face a period of failure, rejection, or feeling scatter brained, my go-to habit is to read about what makes successful people tick. I study other people who have similar difficulties, ask for their advice, and then create daily habits to change my actions.  I journal about how it applies to me, and then build the concepts into my daily habits.

I just finished Tim Ferris’s phenomenal new book, Tribe of Mentors, and Ray Dalio’s new book, Principles. 100% disclosure, this blog post, and the questions related to personal failure come directly from Tim Ferris and Ray Dalio) I do not take credit for the ideas or any intellectual content. Buy the books by clicking the blue links above, they are fantastic. I found so much value in the responses to these questions related to the failure, and because of that, I felt like I wanted to do a version of it for the areas of my life I work in.

I get a lot of questions from various students, athletes, or other coaches on how to deal with failure, rejection, and struggle when trying to achieve their goals. These questions range from personal development, to being a business owner, to being a medical provider in high-level sports medicine, to coaching. I hope this blog post, and the 3 parts in this series will help everyone who also has inevitable failures.

I’m really lucky to have some incredible medical professionals, sports coaches, and athletes in my network of friends or mentors. To help readers struggling with personal perceived failures, I combined the people I’m lucky to have with the ability to help people deal with failure.

Many readers may be surprised to hear, the most successful people are experts at dealing with and responding to perceived failures. It is a learned skill that becomes part of who they are. I reached out to a bunch of these people, and asked them two questions from Tim Ferris’s book,

#1 – “How has a failure, or apparent failure, set you up for later success? Do you have a “favorite failure” of yours?”

#2 – “What piece of advice would you give someone currently experiencing a similar failure, or apparent failure, given what you have been through?”

Their responses were absolutely incredible, insightful, and valuable. Over the course of the next 3 blog posts, I will share how some of the most successful people I respect the most constantly face, handle, and grow from failure. As you might be able to guess, this first blog post were my personal responses to those questions.

In it’s truest form, the next three parts to these blogs are a collection of stories and advice about how successful people forge the proper emotional flexibility, mindset, and response to a perceived failure as a skill. Many of these people are those that I looked to and studied for advice when approaching my own points of struggle. I have broken it up into these categories, based on the monster list of responses I got.

I promise you, these next three blog posts, and the responses from questions asked, will be worth every second of reading. Be on the look out for Part 2 coming soon. For now, have a great week! 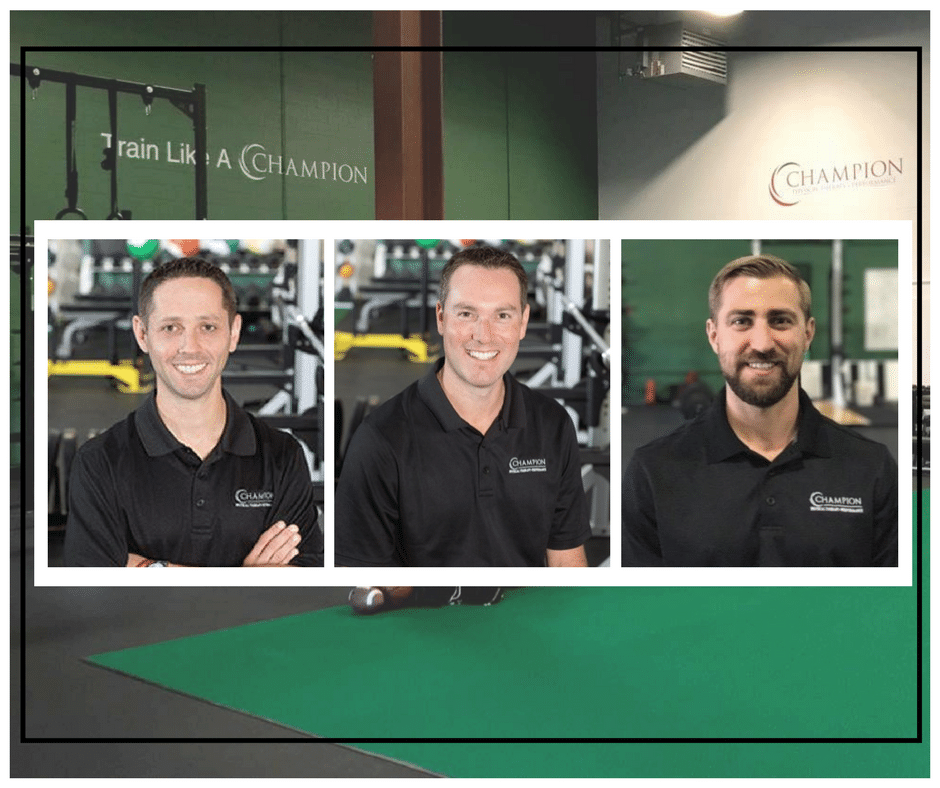 How to Fail Like a Professional [ Part 2 - Medical and Rehab ] My Thoughts on The Gymnastics Abuse Scandal 9 Ways to Be Happier In The Gym and Life 7 Tips for Dealing with Stubborn Gymnastics Coaches, Parents, and Gym Owners Who Refuse To Change

A Guide To Navigating Puberty In Gymnastics With Dr. Ellen Casey and Nick Ruddock